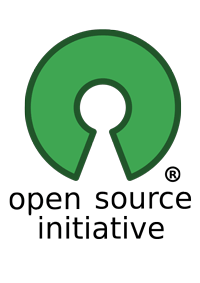 From an early age we learn about the scientific method: question, hypothesize, predict, test, analyze, redefine and repeat. It’s this standardized method that makes it easy for scientists to see what others have done, then reformulate using their own theories and gather more (and hopefully better) results. Without the universally used scientific method, knowledge could not be built on the basis of another’s findings, time would wasted and the problem would still exist. Welcome to the very similar world of open-source. Open-sourced materials not only gives us the advantage of a common process, but opportunity to build faster and learn more in less time[2].

Open-source is a term coined to anything that is publicly accessible and can be modified by anyone [1]. Open-source originated with programming software but has picked up more variance with open-source projects and products[1]. The idea behind this system is to provoke collaborative thinking and quickly changing information or design. For instance, a person or company can release an open-source program that lets users draw an image using their mouse as a drawing utensil. If a user likes that idea but also wants to be able to draw using different colors, they can download the program, add their own code and produce a new upgraded version of the original program. Another user can download the upgraded version and decide they want to be able to draw shapes in different colors. Again, the software is downloaded, added to and upgraded. A user could also download the program and realize that when a specific color and shape combination is used, the program crashes. They can report the bug and because so many are looking at and using this code, there’s bound to be someone who can fix it, and quick. It’s a rapidly changing, consistent process that can benefit everyone using the design. What is now known as the open source way, has created a practice for the community to share and build on ideas[2]. The benefits of using open source are vast; from just general learning advantages, to creating a meritocracy, to building a community. Open source allows for more than just single program usage[1].

“Things get better when there are a lot of eyes on them. Programs become more reliable when they’re open sourced. You can see this sort of philosophy at play with how open security is emphasized over security through obscurity. It is more likely that users will find and patch compromising flaws if they can see the implementation and know what it should and should not do. If you know how it works, and it works, then it’s reliable. ”

“Some closed-source paid software vendors will only release a fix when it is profitable. Open-sourced material is constantly being looked at and updated. It’s the community aspect that people want to participate in- they’re not forced, they take their own time and effort to contribute.”

Although Joshua admits there are certain closed-systems eGauge has to use for their operations, the company likes to work with open-sourced material as much as possible. Django, Linux, KiCad, and GIMP are among some of the open-source programs used. There is a benefit to being able to maintain their own programs with an increased amount of efficiency and understanding. Plus if an issue occurs, it’s easy to check the back-end for complications and create patches with updates. Because open-source has a community philosophy, Joshua says that eGauge tries to suggest patches when they can.

“It’s better to report bugs for open sourced materials from a maintenance perspective; instead of just having a patch for the bug, when reporting it, an update can be released that fixes the problem for everyone. Then, no one has to worry about maintaining the patch separately from the project, including you.”

Recently eGauge developed and released their own open-source Django project: Django EPIC Python Package. The project is an “Electronics Parts Inventory Center” (hence EPIC) and is a Django framework app that tracks and orders parts needed during a Printed Circuit Board (PCB) assembly. After working on a way to get the company’s hardware items organized for several months, EPIC finally came to be. Because it seemed there was no open-source software that was comparable, it was the perfect chance to give back to the community. There have been over 300 downloads of the software in just the past month. Open-source development isn’t leaving anytime soon. eGauge is one of many companies to see how powerful this system is; new communities of interesting ties are sharing knowledge that everyone can learn from. This provides a faster work pace and more efficient time use. Open-source will continue to grow in popularity and will become the scientific method of the technology age: think it, try it, Google it, find it, modify it, share it, and repeat. Find your own open-source world, use the open-source way, and see what you can help create.